An axe in the trunk 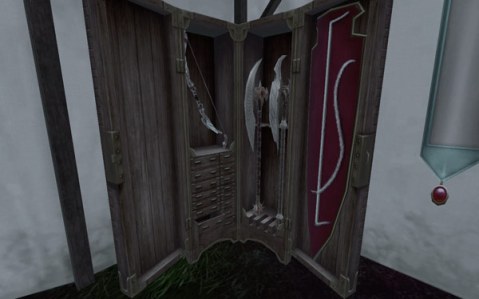 Today’s interesting WAR scenery. Actually, it’s not really scenery, but technically a ‘prop’. None the less, I am fascinated by it. You can find these in High Elves areas, in tents mostly. As far as I can tell, it is akin to a 1950s luggage case. A large case with compartments and drawers that a traveller puts their clothes in. The drawers for small items, the larger spaces for things like jackets and suits and such. However in the Elves case, it looks like it primarily carries weapons. One would assume family heirloom type weapons, rather than just ordinary, run-of-the-mill items.

While this wouldn’t make a great piece of scenery by itself, it would certainly make a good addition to some Elf themed scenery. It also gives us an insight into Elven design and aesthetic. It seems primarily practical, with artistic flourishes thrown in to ‘pretty it up’. I suppose Elves have a function over form ethos, though obviously a bit of license it taken with elaborating on the design.

I have been a bit busy over the last couple of days. Didn’t manage to get any painting in, which sucks, but it happens. I did start on stripping my entire Skaven army. The Skaven were the first army I ever collected all those years ago, and their army composition and paint job reflects that. So I’m stripping the models, and reworking the whole thing. I have high hopes for this little endeavour.

These are all the models that need stipping. I’ve divided them into two piles, metal and plastic. Plastic needs a longer time soaking in the Simple Green, so I am going to put them at the bottom of the paint tin, followed by the metal miniatures. 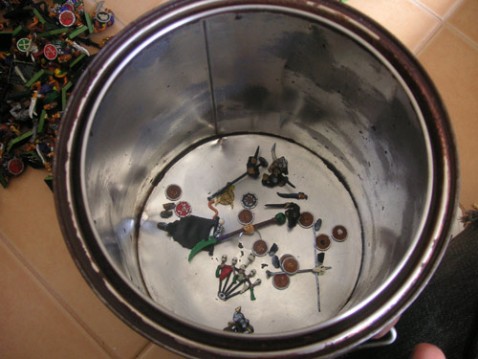 I have put all the loose bits at the bottom. If I just threw them in with the rest of the stuff, they would eventually make their way to the bottom anyway. This way, I know exactally where they are.

This is all the plastic in. 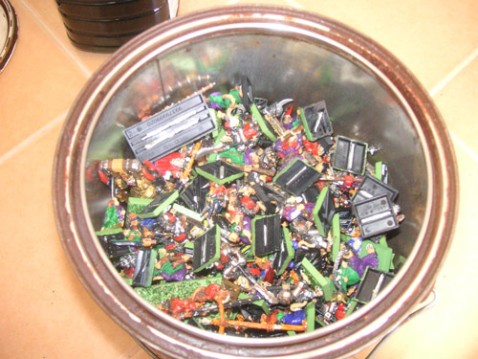 Followed by all the metals. 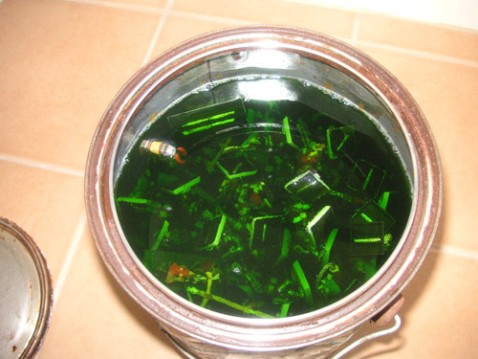 And in with the Simple Green. I actually ran out part of the way through and had to go buy another bottle.

Metals only have to soak for a couple of hours before they are ready to be worked on. Cleaning them off thoroughly is pretty time consuming, so this is how many have managed to clean so far. I’m quite happy with how it’s going, 99% of the paint is coming off.

Yesterday I had a couple of battles. Since my Skaven are in the drink, I am forced to run my Bretonnians. This makes it sound like a bad thing. It’s not. I quite enjoy my Bretonnians.

My first battle was against Jad’s Dwarfs at 2000 points. I decided to try out some of the troops I haven’t really gotten to use yet, so my army composition was a little different than normal. I didn’t run a lord character, instead opting for three Paladins and two Damsels. I also didn’t include any Pegasus Knights, and gave the Questing Knights, Knights Errant and Grail Pilgrims a bit of a stretch. Against the Dwarfs I did quite well, as you can see from the pictures above. I killed the Dwarven general, a Lord, in the second turn during a challenge. After that I turned my attention to each of the dwarf untis in turn. At the end of the battle, you can see my Knights of the Realm and Knights Errant have surrounded the Dwarfs with Great Weapons, while the Grail Knights and Grail Pilgrims have engaged the Slayers.

These are all the casualties in my army, 98% of which were caused by a single Flame Cannon. They are nasty pieces of work!

And this is the deployment against Brad’s High Elves. He ended up with a Minor Victory over me, as usual, his Swordmasters causing a great deal of trouble to my troops. I do think it was a lot closer than the last time our two armies fought, so I am pleased with that. He did field a Dragon, though, which I had trouble managing. It’s terror effects didn’t make much of a difference, but it’s hitting power and high LD saw it eventually come out on top in a number of combats.